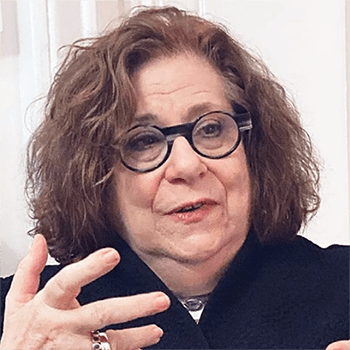 Stephanie Cooper has over thirty years’ experience in civil litigation practice and transactional law. She focuses on matrimonial and domestic relations matters, the fine and performing arts and employment and intellectual property issues. With a distinguished track record in motion and appellate practice Ms. Cooper has argued before the New York State and federal trial and appellate courts, has arbitrated matters before the American Arbitration Association and is a certified mediator. She prides herself on the presentation of elegant and persuasive written and oral legal argument. She is admitted to practice before the New York and Connecticut state and federal Bars.

After beginning her legal career at Edwards & Angell, LLP and serving as Of Counsel to Moses & Singer, LLP, in 2001 Ms. Cooper founded Cooper & Associates. Her work covers a wide variety of contracts (e.g., divorce and separation agreements, pre- and post-nuptial agreements, employment, partnership and commercial agreements), and she is well versed in the resolution of complex conflicts involving all of those disciplines.

Ms. Cooper also focuses on transactional work in commerce and the arts, for which she drafts and negotiates agreements and has formed and helped to structure entertainment entities, art galleries and conventional commercial business organizations. She also counsels clients on intellectual property issues involving copyright and trademark law.

After earning a Master of Fine Arts in chamber music at Sarah Lawrence College and enjoying a national career as a concert pianist, chamber musician and teacher, Ms. Cooper formed Cooper-Grant, Inc., where she earned national recognition in public relations and press representation for arts institutions and performing artists, most notably when she directed the North American publication of Macmillan Publishers Ltd of London’s epoch-making, 20-volume New Grove Dictionary of Music and Musicians at the invitation of former Prime Minister Harold Macmillan. Her experience at Cooper-Grant led her to the study and practice of law.

Ms. Cooper received her J.D. from the Benjamin N. Cardozo School of Law, with honors as an Alexander Fellow and a Belkin Scholar. As Alexander Fellow, Ms. Cooper served as a judicial law clerk to the legendary Judge Jack B. Weinstein in the United States District Court for the Eastern District of New York during the Agent Orange litigation. Upon her graduation Cardozo appointed her Adjunct Professor of Legal Writing.

Simon and Schuster published Ms. Cooper’s posture and back care book, Get Your Back in Shape, in the United States, as did Thorson’s in Great Britain. Drawing on her broad-ranging experience in law, business and the arts, she developed and taught Legal and Business Issues in the Arts for Artists in All Disciplines at Sarah Lawrence.

I aim to reach an agreement
that you can rely on.